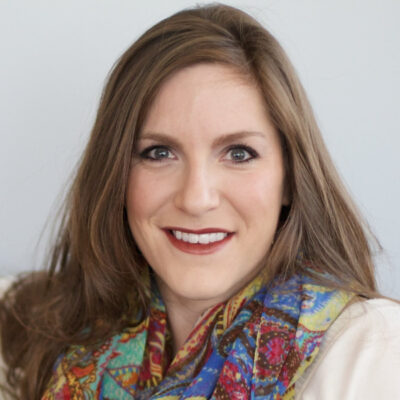 Jami is the President and co-owner of ABC Nannies & Domestics, Inc.—a full-service, boutique placement agency in Denver, Colorado – as well as the co-owner of three successful College Nannies and Sitters franchises based in Denver, Boulder and Fort Collins. Jami has worked in the staffing and recruiting industry, in a variety of capacities, for nearly 20 years and has spearheaded all divisions of her companies, including backup care, temporary and long-term placements. In 2009, Jami joined the APNA Board and has since served as the Membership Chair, the Conference Chair and most recently as Vice President of the organization for the last 5+ years. 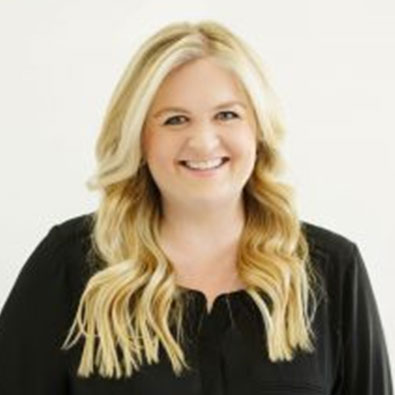 Katie Provinziano has been helping families find outstanding nannies, newborn care specialists, and private educators for over a decade. A former nanny, and now mother and nanny employer herself, she is the founder of Westside Nannies and has a very personal and unique insight into the industry. Looked to as one of the nation’s leading nanny and childcare experts, Katie’s thought leadership has been featured in The New York Times, LA Times, Wall Street Journal, Hollywood Reporter, Fast Company, Business Insider, E! News, and Entertainment Tonight, as well as dozens of local and regional outlets. Katie is widely hailed as industry pioneer – developing and re-imagining the way nanny agencies operate and developing new, modern business practices that have been adopted by agencies across the country. As a nod to the agency’s innovative role within the industry, Westside Nannies was awarded the coveted APNA Innovation Award. Under Katie’s leadership Westside Nannies has grown year after year and continues to be considered the preeminent domestic agencies in the country. 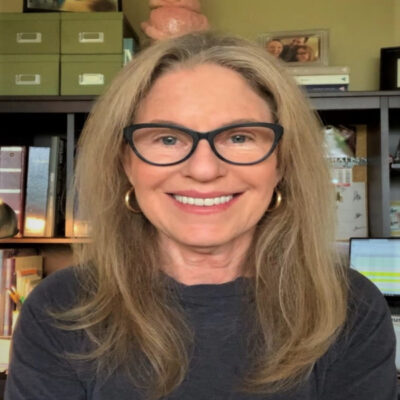 Wendy Sachs is the CEO and founder of Philadelphia Nanny Network (PNN) She has been a member of APNA since 2011 and is a founding member of the International Nanny Association (INA). For APNA she is secretary. For INA she served as a board member and executive board member: Secretary, four term President and two term Co-President. During her career, she has lobbied on Capitol Hill regarding the au pair programs, become a nationally recognized expert on child care and has given more than 500 interviews to network television, national magazines and leading newspapers including the Wall Street Journal, Philadelphia Inquirer, New York Times, NBC, CNBC and CNN, the Today Show and The Oprah Winfrey Show. As an active industry participant, she presents webinars and workshops for agencies, parents, and caregivers. Currently, she is a consultant to start up agencies. Her agency is the premier resource for hiring household help in Philadelphia and its suburbs, as well as the primary provider of Corporate Back Up Child Care, for Eastern PA, DE and NYC. Having established the Elite Nanny Program, PNN employs over 170 “Staff Nannies” and “Substitute Nannies”. Sachs earned her undergraduate degree from Simmons College and her MBA from the University of Miami. She is also an alumni scholar of the Goldman Sachs 10,000 Small Businesses entrepreneur program and an active member of Entrepreneur Organization. Though her children are grown, when they were young, she was a nanny employer 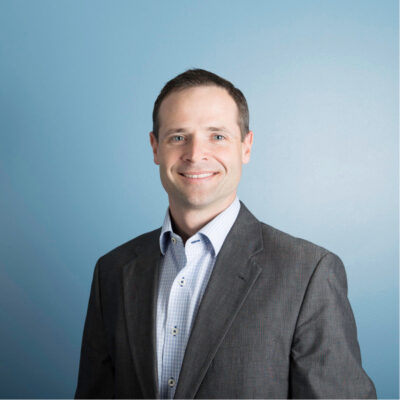 As the proud father of two busy young kids, Jay seeks to leverage his experience in personal finance and corporate operations roles to simplify household payroll and tax filing for families. Jay started his career as a financial planner and investment consultant at Merrill Lynch before moving to the Private Wealth Management group at UBS. He later spent four years at the Federal Bureau of Investigation (FBI), serving as a Special Advisor in the Cyber Division and in the Director’s Office. Jay has a BA in Economics from Yale University and an MBA from Georgetown University. 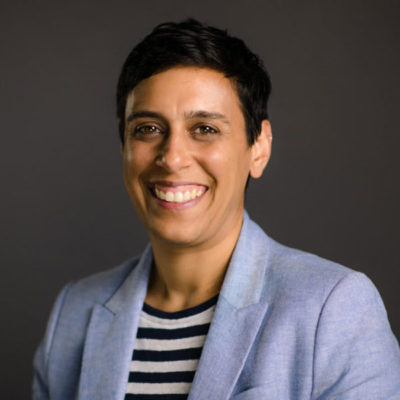 Laura Chandra is the Owner and Director at the Boston Nanny Centre, Inc., a full-service agency serving the Greater Boston area in Massachusetts since 1988. She co-owns the business with her mother and company founder, Barbara Chandra. Before stepping into her current role at Boston Nanny Centre, Laura was a personal financial planner working with high net worth families. She enjoys using her financial background to help individuals and businesses reach their financial potential and looks forward to bringing those skills to the constantly evolving nanny industry. She has an undergraduate degree from Mount Holyoke College and a Master’s degree in Financial Planning from Bentley University. In addition to her participation with APNA, she currently sits on the board of The Nanny Relief Fund as Treasurer. She currently lives in the Boston area with her son. 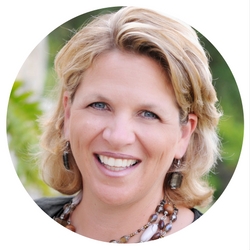 Kim Winblood, Owner of Mom’s Best Friend for Dallas and Ft. Worth, bought the north Texas franchise in July of 2000 and the Vail, Beaver Creek, Aspen franchise in 2012. Recently, Jim and Kim also became owners of two College Nannies, Sitters and Tutors franchises located in Dallas/Ft. Worth as well. Originally from Houston, Kim received her bachelor’s degree at Texas A&M University and then went on to achieve her Master’s degree at Dallas Theological Seminary. Before purchasing Mom’s Best Friend of Dallas/Ft. Worth, Kim was a household manager and subsequently a teacher for 10 years where she taught Health and coached soccer. She has been an integral part of the growth of MBF Dallas. Her leadership abilities and tremendous communication skills have helped to make MBF Dallas/Ft. Worth the top household staffing agency in the Metroplex and have made her a leader in the industry. Kim is married to Jim Winblood, President of Mom’s Best Friend Dallas/Ft. Worth, and they have two beautiful teenaged daughters. 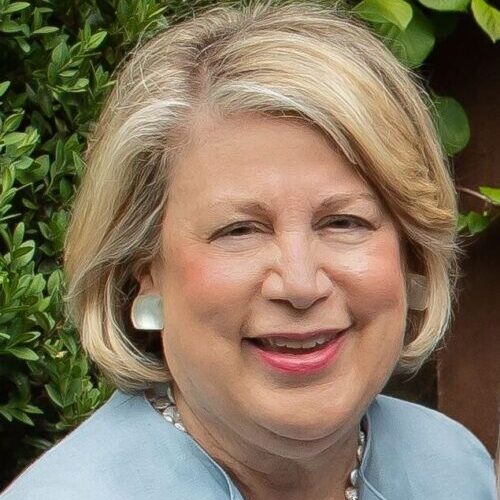 Barbara Kline is the President of White House Nannies, Inc. the family-operated, full-service agency that provides permanent and temp nannies, household managers, corporate backup, and event care as well as chefs to DC, MD, and VA families and businesses. Since starting her agency in 1985, Barbara has survived six administrations starting with Ronald Reagan. She feels strongly that children should not be held accountable for their parents’ political preferences and deserve only the best childcare available. Barbara has always championed nannies by providing free training with experts and was the first agency owner to advocate for employer contribution to nanny health insurance. At the same time, she is focused on educating parents on how to be good employers in their own homes to ensure lasting relationships. As a leading expert in the industry, Barbara is frequently called upon by local and national media. She has been featured as a leading nanny expert on Good Morning America, CNN, NPR (All Things Considered) and on Fox as “Power Person of the Week.” She has been quoted in the Washington Post and New York Times. Barbara is the author of the book White House Nannies (Penguin/Tarcher 2005). She is a current member of INA and a former board member and served as Chair of the APNA Ethics Committee before becoming President. 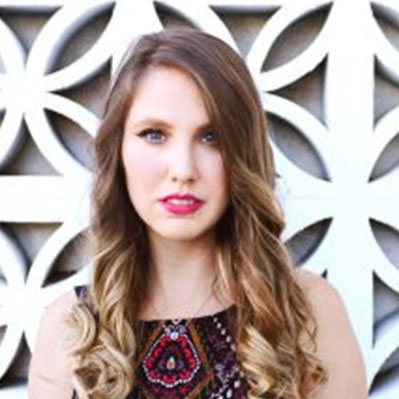 Suzie Zeldin is the Director of Operations and co-owner of SmartSitting in New York City. After graduating from New York University, Suzie went on to work with clients at some of the top advertising agencies in New York, gaining experience and understanding in marketing, copywriting, client relations, and the positive impact of a strong brand identity. She also worked alongside lawyers in an anti-trust litigation firm which instilled in her an appreciation for details and a patience for sometimes unavoidable tedium. Focused on increasing efficiencies within the confines of a high touch industry, Suzie has spent her time at SmartSitting creating technological solutions that support the SmartSitting staff while balancing the unique and personal needs of families, children, and the wonderful people that spend their time caring for them. 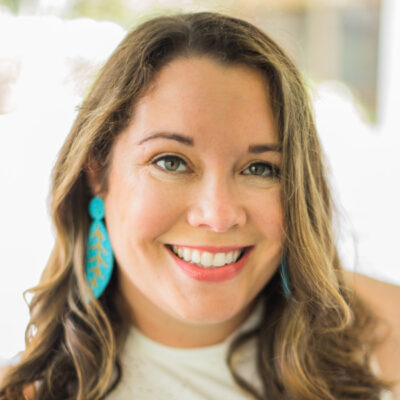 Bayly Silverman is CEO and Founder of Your Happy Nest Nanny & Babysitting Agency which operates in Atlanta and Augusta, GA, Charleston, SC and Cincinnati, OH. Your Happy Nest was founded in 2012 in Atlanta, GA and her agency has since helped hundreds of families find trusted and professional nannies, newborn care specialists and babysitters. Bayly has a degree in Marketing and Communication from the University of North Carolina in Asheville. She loves many aspects of running her business but one of her favorite parts of owning a business is marketing, branding and social media. Bayly currently resides in her hometown of Charleston, SC with her husband and two daughters. She enjoys spending time at the beach, trying new restaurants, cooking and traveling.

Erika Slade is an industry innovator with over 20 years of combined experience. She is the owner of E-Nanny, a local nanny agency and childcare concierge service based out of Oklahoma. She is passionate about educating nannies, supporting families, and raising the status quo. She is the proud mother of 3 children and has been married for over 14 years. Erika is known for helping both families and nannies find their voice, own their path, and excel in their given industry. 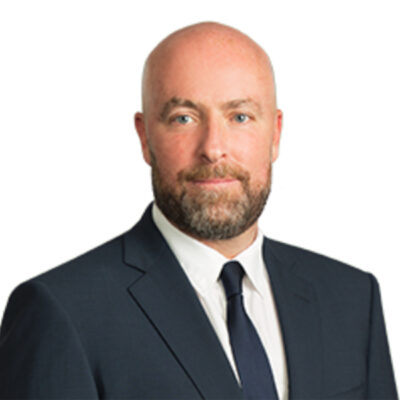 Harry Jones has a national and international focus in his practice; he guides general counsel and HR departments through 50-state and complex cross-border issues, particularly in Europe, Africa and Latin America. For over 25 years, Harry has advised and defended employers, including dozens of jury trials. Additionally, Harry has led more than 80 high-profile investigations on behalf of school districts, cities, colleges and private institutions. He also provides day-to-day advice to human resources professionals on hiring, training, pay, discipline and termination, including a specialty in dealing with complex c-suite misconduct issues. He has led the national class action defense of wage and hour cases; and has aggressively protected business interests from unfair competition. Harry has been named as a Texas Super Lawyer, perennially. We are happy to be able to offer Harry and his team’s legal expertise at discounted rates to APNA Member agencies who seek legal counsel. 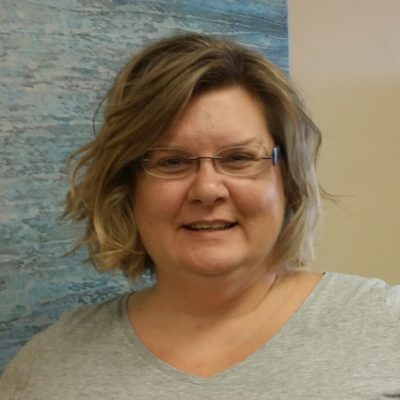 With 31 years in private service, Kellie Geres is an industry veteran specializing in working with divorced parents, transitioning to household management and now works with agencies and industry organizations providing consulting, small business and social media services. Kellie joined APNA in 2014 as the Executive Assistant overseeing communications, social media, special projects and assisting with conference. In addition to working with APNA, Kellie serves co-chair for National Nanny Recognition Week (NNRW) and maintains several industry blogs including Regarding Nannies and Nanny Trainings. Kellie was named the 1997 International Nanny Association Nanny of the Year, and in 2014 was honored with the Domestic Estate Management Association Lifetime Achievement Award. She has presented at several industry events including Nannypalooza, INA, and National Nanny Training Day and has been interviewed for television, print and radio. Kellie resides in the Washington, DC metro area. When not wearing her many hats in this industry, she enjoys traveling, reading and a really good glass of wine.