In recent months, PFC has seen an uptick in requests from parents seeking drug tests on their nanny candidates. Drug-testing is another facet of a pre-employment background check that can give parents of young children, children of elderly parents, or anyone seeking to hire someone for a position in their home some peace of mind and a sense that they have conducted the most rigorous available screening on the candidates they are considering. Though most nanny agencies are not yet routinely conducting drug screening on their candidates, some have begun adding it to the array of background screening options they make available to interested parents.

Although a variety of bodily specimens can be tested for drug or alcohol use, two common and reliable types of tests are urine sample tests and hair sample tests. Both of these tests detect “metabolites,” which are drug residues that remain in the body for some time after the effects of a drug have worn off. Urine drug testing detects the presence or absence of drug metabolites in a person’s urine.  Hair drug testing detects drugs that are embedded in the hair, which are incorporated into the “hair matrix” from the bloodstream following drug use. A hair drug test requires 100 milligrams of hair, or 90-120 strands, a sample about the size of a pencil eraser. Both kinds of tests are easy to obtain through experienced background screening companies that have streamlined the process for agencies and parents by partnering with major diagnostic companies.[1]

There are some key differences between the two different types of tests. The most salient differences between the two have to do with timing. First, the results of urine tests (when they are conducted by major diagnostic companies like LabCorp or Quest Diagnostics) are usually available in two business days, while the hair sample test takes up to five days. Additionally, urine tests generally detect drug use in approximately the past 72 hours, though it can be longer for a chronic user. By contrast, a 1.5 inch sample of hair from a subject’s head can detect drug use up to 90 days prior to testing (because head hair grows at an average of 0.5 inches/month). But, hair tests may not be able to detect immediate drug use. It takes some time for hair growing from a follicle to emerge from the scalp (and therefore be accessible for testing), which means hair drug tests may not be able to detect drugs until approximately seven to ten days from the time of drug use. In the time that we have been providing drug tests, PFC has seen candidates who have passed one kind of drug test only to fail the other because of the timing of their drug use, so someone seeking the most rigorous possible screening  might consider performing both kinds of tests to get the fullest possible picture. If an individual is choosing between the two types of tests, PFC generally recommends the hair test because it identifies drug use over a longer period of time.

In the next APNA newsletter, we will discuss some of the new legislation that has legalized marijuana in many of the states in which APNA agencies operate, and how the new laws might affect drug-testing of prospective employees.

[1] Note that PFC offers discounts on both kinds of tests to APNA agencies.

Can a nanny agency share a background check with prospective family employers? 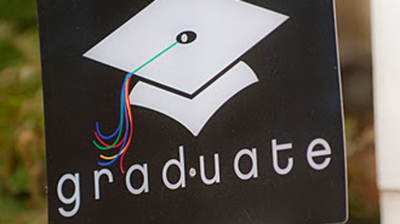 They Run Fortune 500 Companies, But We Wouldn’t Let Them Be Nannies

Membership
Why Choose APNA?
Here are the Top 5 Reasons to Become an APNA Member.

Investing in Education and Community Building
May 12, 2022ByAPNA
A Message from the President | April 2022
April 29, 2022ByAPNA
Bingo to Benefits – How You Can Turn a Simple Game into a Revenue Building Machine
April 15, 2022ByAPNA